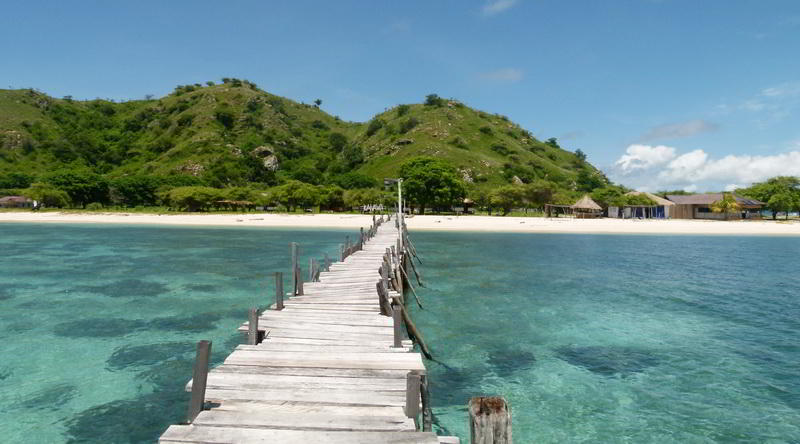 Kanawa Island, KomodoPick up at the airport and transfer to Labuan Bajo harbor. Board a modified fishermen's boat for the trip to the Komodo National Park. The park was founded in 1980 and added to the UNESCO World Heritage Site in 1991. The reserve spans die area between the islands of Sumbawa and Flores. It is home to the endemic Komodo dragons (Varanus komodoensismandi (or similar).

Komodo dragonWake up between the islands of the Komodo National Park. Later travel to Komodo island. The ranger post is the starting point for the different trails around the island. Choose a trail depending on clearance, shape and interests. Later visit to Pink Beach or Pantai Merah for snorkeling and swimming. The underwater world of Komodo is well known among divers and snorkelers. Meet colorful fishes between corals and sponges. Maybe you can see a sea turtle or a manta ray. Return to Labuan Bajo in the afternoon. Overnight at the hotel.

Breakfast at hotel. The morning optional visit to the Batu Cermin cave near Labuan Bajo. The cave is home to scary looking spiders, and fossils can be found in the cave walls.

SI-DPS-KOM1 .././img/NTT/rinca01.jpg Home of the Dragons 3 On Request On Request

April - October
Best months for visiting are from March to June. The animals are more sleepy and reclusive during maiting season (July/August).