Kanawa Island, Komodo National ParkUpon arrival transfer to harbor to take boat to Rinca island. In Rinca start tracing the birds inland, the trek to explore the possibility to encounter Komodo Dragon is included.  Overnight on board.

Komodo dragonEarly in the morning depart to Komodo. You have the chance to see the komodo dragons during another trekking tour. On the way to Labuan Bajo stop at Pantai Merah. The beach is known for its pink color and crystal clear water, inviting you to swim and relax. Stay there until the afternoon. Return to Labuan Bajo. Overnight at Labuan Bajo. 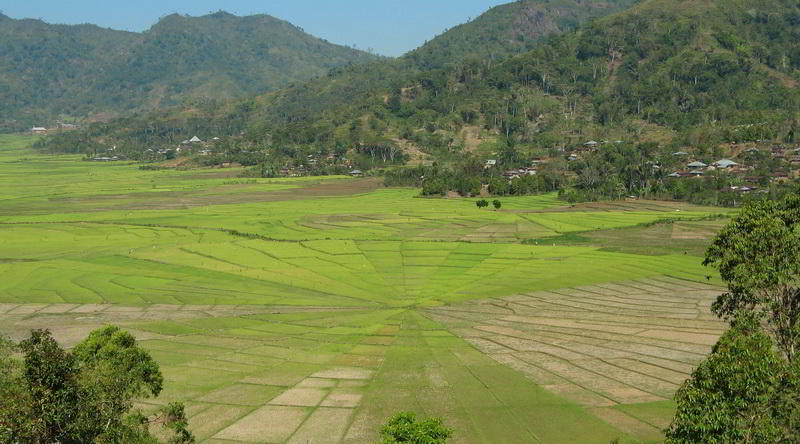 Lingko Randang, FloresEarly morning drive to Ruteng. Stop near the village of Cara in the Cancar region to see the Lingko a rice field in the shape of a spider web. It is probably the only rice field of this kind in the world. Visit the Ruteng Nature Conservation Park next. The park is home to the bare-throated whistler (Pachycephala nudigula) or Ngkiong in the local tongue. A small singing bird endemic to the island. It is worth to visit the Park early in the morning to hear them sing (if there is no rain and strong winds). There is also a young volcano in the park area. The Anak Ranakah (Child of Ranakah) emerged during an eruption in 1987. Overnight at Ruteng.

Leave Ruteng after an early breakfast. Drive to Bajawa. En route stop at Ranamese Lake and follow the trail into the cloudy and mystic forest around the lake. Overnight at a simple guesthouse in Bajawa. 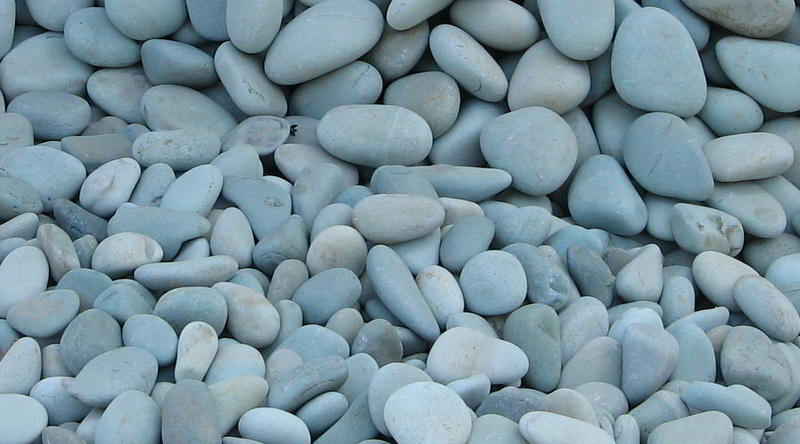 Crater Lakes KelimutuLeave the guest house around 04:00 hrs and drive up to the three-coloured lake of Kelimutu, one of Indonesia's most dramatic sights. The three lakes are set in deep craters at a height of 1,600m above sea level. Return to Moni for breakfast, and then continue to Ende for its traditional market. Overnight in Ende.

Breakfast at guesthouse. Flight from Ende to Tambolaka on Sumba island. Late afternoon birding near Waikabubak. Overnight at Waikabubak.

Leave hotel at 04:00 AM to drive towards Lewa. Stop along the way at fruiting trees Arrived at Km51 about 07:00 AM. Look for birds around the patches of degraded forest until 11:30 AM. Lunch in Lewa. Drive to a patch of forest about 8 km west of Lewa. Continued on to Langgaliru, about another 5 km. Walk along tracks on the left at a down-hill right hand crash barrier. Tracks went steeply up hill to clearing. Late afternoon drive to Waikabubak for overnight.

Leave at 05:30 AM, 1 hour drive back to Manupeu Tanah Daru National Park. The park was founded in 1998 and later in 2016 it was joined with the Laiwangi Wangameti National Park to form the new MaTaLaWa National Park. The sanctuary is home to approximately 118 plant species, 87 bird species and 57 butterfly species. 10 of the bird species are endemic to the island of Sumba. These are among others Sumba yellow-crested cockatoo (Cacatua sulphurea citrinocristata), Sumba green pigeon (Treron teysmannii), Sumba flycatcher (Ficedula harterti), Sumba cicadabird (Edolisoma dohertyi), apricot-breasted sunbird (Cinnyris buettikoferi) and Sumba hornbill (Rhyticeros everetti). First stop of the day at the suspension bridge across river at the western edge of the park and walked up stream along the southern bank of river to trace the Elegant Pitta crossed the river and up to road. Heading eastwards along the road, then take a vehicular track on right (south side) to river to trace Cinnamon-banded Kingfisher. Walk up river for 2 km until came to a fence on track about 10:00 AM. Return to car at 11:00 AM.  Drive to top of hill and birding the last section of forest and the start of the plantation.  Drive back to Lewa for lunch.  Afternoon drive back to Waingapu.  Then proceed to Yumbu at 15:30 to look for Button-quail, arrived 16:00 and birding until 05:30 pm and return to the hotel.

Leave hotel at 5.30 am drive west to Km 49 and turned south to Tarimbang. Birding along road in the forest from 8.30 am to 10.00, Elegant Pitta (Pitta elegans) near the village. Drive to Laputi waterfall near Praingkareha and arrive at about 12.00. Walk to the base of the multi-level fall after a short 15 minute-walk. The Laputi waterfall is one of the three big waterfalls at MaTaLaWa National park. Drive on to the top of falls and continue on to Langgaliru - Wangameti. Birding a section of road (2 km) of primary forest along stream. Drive on a short way to trace Yellow-crested Cockatoo (Cacatua sulphurea). Walk back to forest and walk the road again. Return to the car at 3.30 pm and drive to Tarimbang. Overnight at local guest house.

Birding the coastal beach forest from 06:00-07:00 AM and relaxed on beach for morning. After lunch drive back to Waingapu. Birding the forest at the Tarimbang junction for about an hour. Arrive back in Waingapu and drive straight to Kadumbul wetland, south-east of Yumbu on Melolo Road.

After breakfast, transfer to Tambolaka airport to catch your flight back to Denpasar or to your next destination.

SI-NTT-02 .././img/NTT/kelimutu2.jpg Birding in Nusa Tenggara 12 On Request On Request

Please pay attention to the Travel Information provided.
When travelling islamic countries there can be interference during the month of Ramadan, other high holidays and fridays.
Volcanism: The Sunda Islands and the Sunda Archipelago are of volcanic orgin and show high volcanic activity. Accrodingly it may be possible that tours, routings and activities (especially those involving or near volcanoes) need to be altered in case of high activity or order by the government.
This tour is not soutable for people with reduced mobility. If you are unsure if you meet the requirements please contact us! We will try to find a solution for your individual needs.