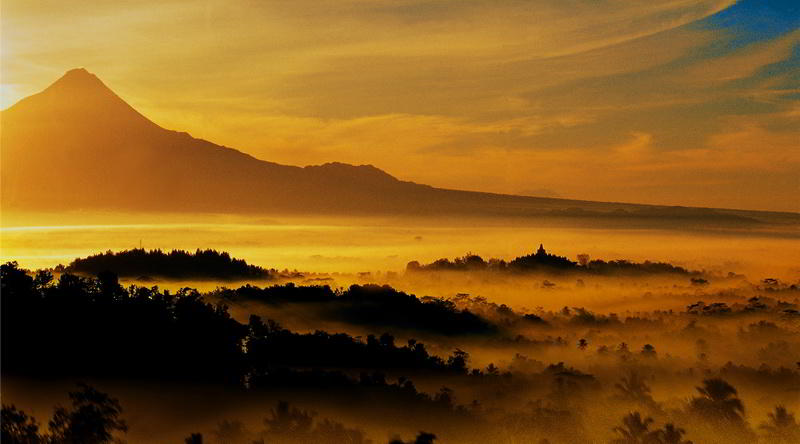 Gunung Merapi volcano, YogyakartaArrival at Yogyakarta airport to meet your personal guide. Then transfer to your hotel in Magelang. The rest of the day is free at your leisure. Overnight in Magelang. 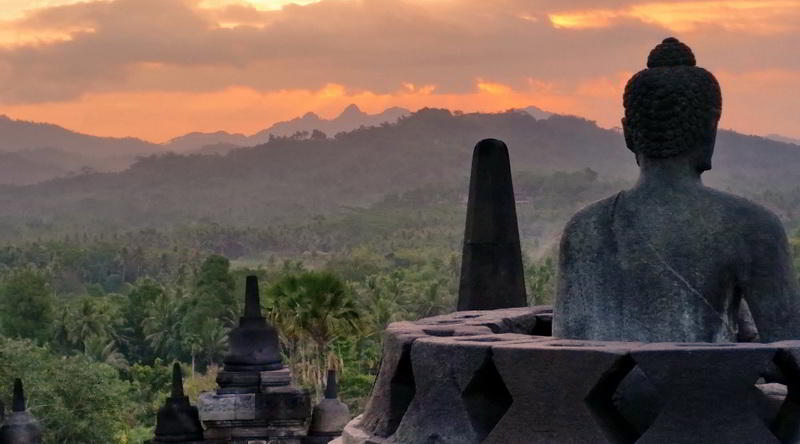 Sunset BorobudurStart the day with a visit to Borobudur. The stupa is known to be the largest Buddhist sanctuarie in the world. The temple complex was build in the 8th century. Thousands of carvers and porters were involved in the construction. Borobudur appears in the form of a pyramid with 9 platforms. Every level is decorated with intricate stone reliefs. Return for breakfast to the hotel. Later see the temples Candi Mendut and Candi Pawon. All three temples are important during the Buddhist holiday of Wesak. Many pilgrims from all over Indonesia gather at the sacred sites and celebrate Buddha's Birthday together. Enjoy the scenic drive to Wonosobo following serpentine roads, passing by rice paddy fields and small villages. Wonosobo is the entrance to the Dieng Plateau. Overnight at Wonosobo. 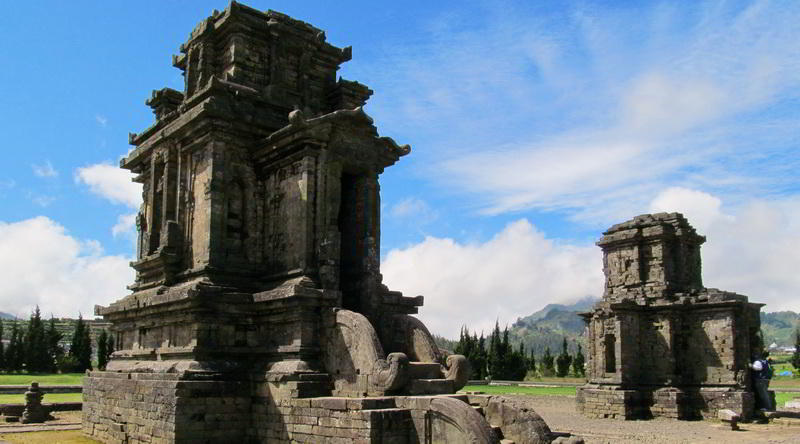 Dieng Plateau, JavaBreakfast at the hotel. Visit the mystic Dieng Plateau in the morning. It is located high in the Javanese mountains and is known for a unique mystic atmosphere caused by increased volcanic activity in the area. Steep hillsides, steaming lakes and fuming volcanoes dominate the landscape. Up to 400 Hindu temples were built at Dieng Plateau in the 7th century by Sanjaya Dynasty in a giant swampy caldera. They are the oldest Hindu temples on the island of Java. Dieng Plateau supposedly was a prospering temple center in the mountains, an Abode of the Gods, populated only by Hindu priests and hermits before it was abandoned. Later transfer to Yogyakarta. 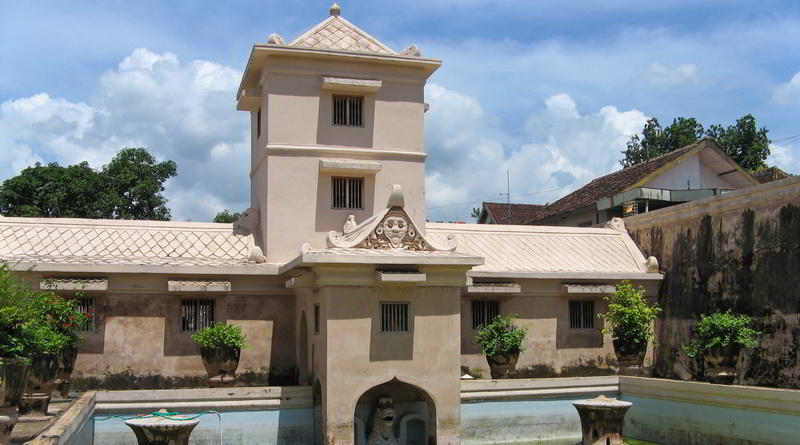 Taman SariBreakfast at the hotel. Followed by a sightseeing tour of the city. Yogyakarta is not only the most important city in Central Java, but also well known as a center of the arts. Javanese traditions and culture are preserved in the local schools, universities, and art workshops. For its art production, high schools, universities and for keeping and cultivating Javanese traditions on the entire island of Java. Start today with a visit to the sultan’s palace Keraton, the ruins of the water palace Taman Sari, the Old City, bird market Pasar Ngasem, and some batik workshops and silver manufactures as well. Yogyakarta is very well known for the local, traditional batik techniques. Next visit is the Prambanan Temple. This huge temple complex is dedicated to Hindu gods Shiva, Brahma, and Vishnu. The first relief begins on the most eastern entry and shows stories of the Ramayana epic. Overnight in Yogyakarta. 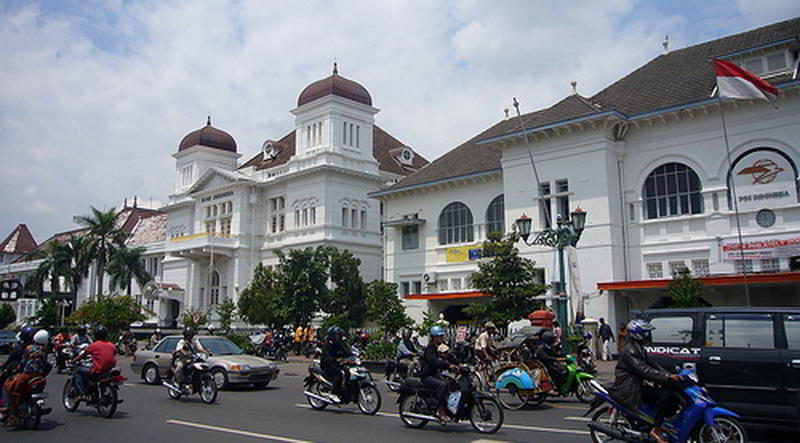 Streets of YogyakartaLeave Yogyakarta in the early morning by train. The trek is lined by padi fields and plantations. Pick up in Jombang and transfer to your hotel near the Bromo volcano. 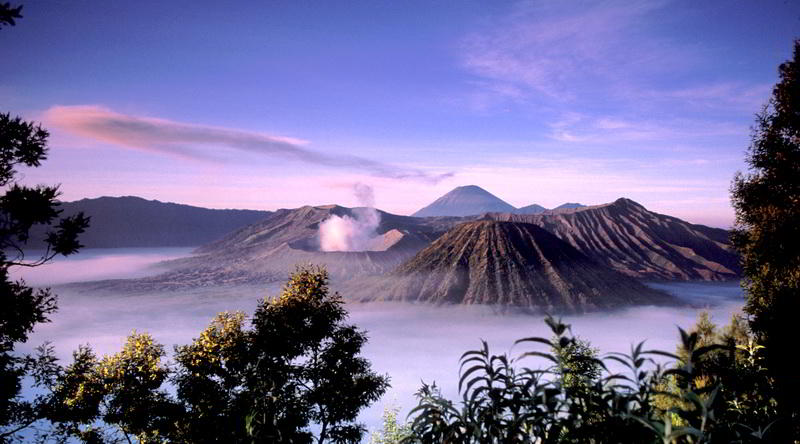 Gunung Bromo in East JawaWake-up call in the early morning. Leave the hotel at 03:30 AM for the sunrise experience at Mount Bromo. Take a four-wheel ride to Cemoro Lawang at the crater rim. You will reach the Viewpoint in the dark. Try to find a good spot and wait for the sun to rise. You will have a beautiful view of the Sea of Sand and the Mount Bromo in the crater and the Semeru in the background. Return to the crater and cross the Sea of Sand by foot or by pony. At the foot of Mount Bromo you will have to climb the stairway to heaven to reach the crater rim (if volcanic activity permits). Then return to your hotel for taking breakfast and check-out. Drive to Kawah Ijen in the morning. Lunch en route. Arrival at hotel in east Java in the late afternoon. 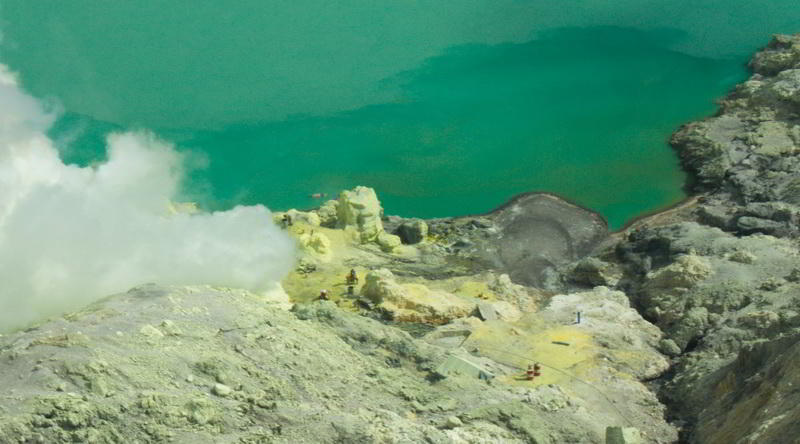 Sulfur at Kawah IjenLeave the hotel early in the morning and drive through the plantations near the village Licin to the base camp at Kawah Ijen. Start the hike up the steep volcano at Paltuding (1,850m). It will take approximately 90 minutes to reach the crater rim (2,883m). See the milky blue lake at the bottom of the crater and the white clouds of volcanic fumes. The shore is coated with bright yellow sulfurous rocks. Workers will carry big baskets filled with this precious good to the weighing station at the halfway point and further down the hill. Later transfer to Ketapang and take the ferry to Gilimanuk on Bali island. The round trip will end at your beach resort.

Important information: All programmes and transfers by boat are on seat-in-coach base (group). You may be in a small group with other people.
Min. 2 Persons. Single traveller rates on request.
- Combination with round trip Bali - Realm of the Gods.
Please pay attention to the Travel Information provided.
When travelling islamic countries there can be interference during the month of Ramadan, other high holidays and fridays.
Volcanism: The Sunda Islands and the Sunda Archipelago are of volcanic orgin and show high volcanic activity. Accrodingly it may be possible that tours, routings and activities (especially those involving or near volcanoes) need to be altered in case of high activity or order by the government.
This tour is not soutable for people with reduced mobility. If you are unsure if you meet the requirements please contact us! We will try to find a solution for your individual needs.