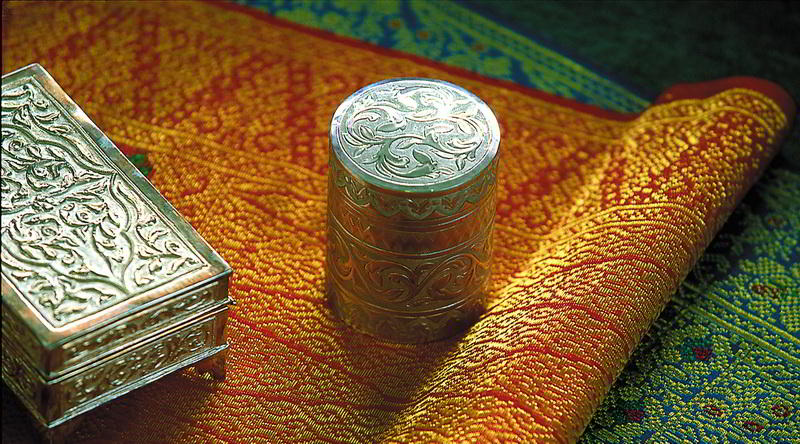 Traditional drapery and silver craftworkMeet at Miri airport and drive to the Sarawak-Brunei border. It will take approximately 3 hours to reach the capital. Pass immigration and continue your journey through the Brunei countryside to Bandar Seri Begawan. Drop off at city hotel. Overnight in Bandar Seri Begawan. 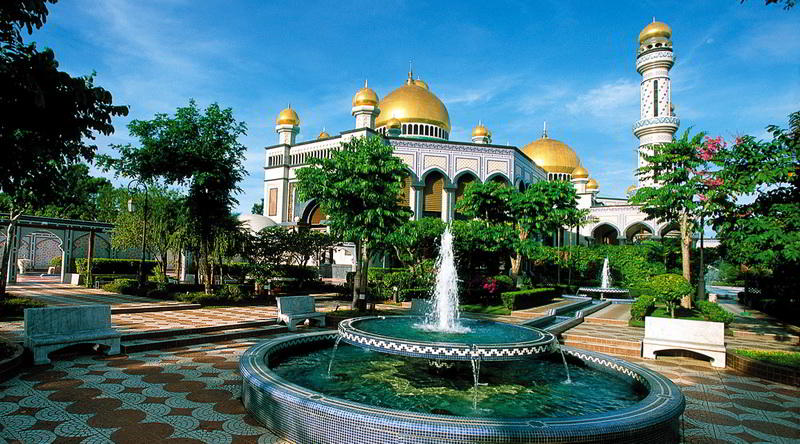 Brunei DarussalamThe tour begins with pick up from your hotel. Highlights include visits to the Morning Market, Brunei Museum, Sultan Omar Ali Saifuddien Mosque, Hassanil Bolkiah Mosque and the entrance of Istana Nurul Iman – the biggest residential palace in the world – which is the official residence of His Majesty the Sultan of Negara Brunei Darussalam. Lunch at a local restaurant included. After lunch continue with visit to the Royal Regalia Museum which was built in 1992 to commemorate the Silver Jubilee of His Majesty’s the Sultan of Brunei accession to the throne in 1967. The museum houses a collection of royal paraphernalia and also an exhibition on the constitution of the nation. Then take a scenic boat ride around the biggest Malay Water Village in the world. Visit a local home where you can witness the daily life of a typical villager living in houses on stilts on Brunei River. Local refreshments will be served. Later return to the hotel. Overnight in Bandar Seri Begawan. 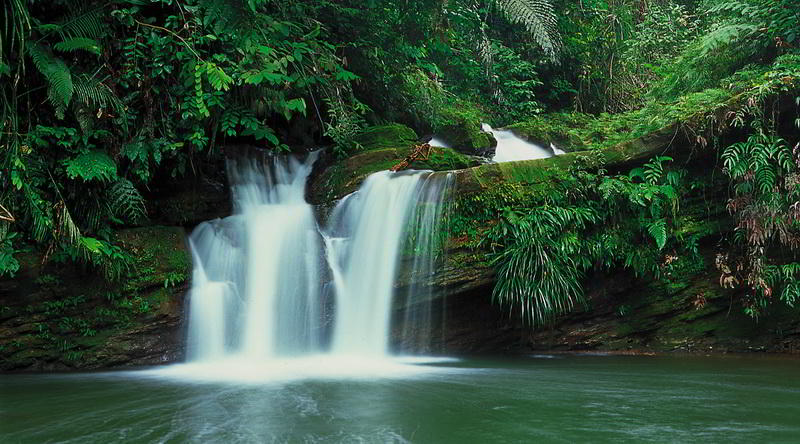 Ulu Temburong National Park Waterfall0630hrs pick up from your hotel and transfer to a boat jetty in the city. Proceed in a local water taxi to Bangar town which will take around 45 minutes. Upon arrival at Bangar town jetty, transfer to Batang Duri where you will be given a briefing on your trip. Morning coffee and tea will be served before continuing your journey by long boat to Belalong Wilderness National Park which will take around one hour depending on the water level. If the water level is low (e.g in the dry season or periods of low rainfall) you will have the privilege of getting wet and helping to push the long boat upstream against the water currents. Upon arrival at the park centre, register and get your park entry pass before proceeding on your nature trek and canopy walk adventure. After a picnic lunch by the river bank, depart back to Batang Duri and proceed to Bangar Town. Continue to Bandar Seri Begawan in a water taxi. Your tour ends with transfer back to your hotel. 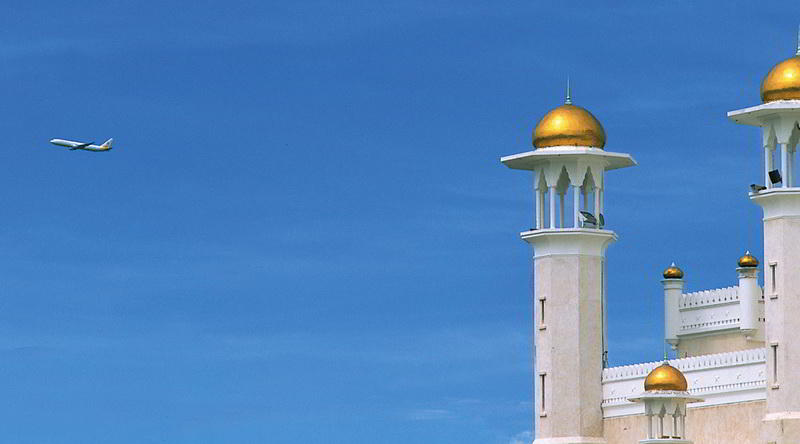 Brunei DarussalamBreakfast at the hotel. The day is free at your leisure. Later airport transfer.

Important information: All programmes and transfers by boat are on seat-in-coach base (group). You may be in a small group with other people.
Min. 2 Persons. Single traveller rates on request.
- Combine this round trip with a visit to Sarawak and Sabah.
Please pay attention to the Travel Information provided.
When travelling islamic countries there can be interference during the month of Ramadan, other high holidays and fridays.
Volcanism: The Sunda Islands and the Sunda Archipelago are of volcanic orgin and show high volcanic activity. Accrodingly it may be possible that tours, routings and activities (especially those involving or near volcanoes) need to be altered in case of high activity or order by the government.
This tour is not soutable for people with reduced mobility. If you are unsure if you meet the requirements please contact us! We will try to find a solution for your individual needs.
During the dry season severe haze caused by wood fires in Borneo and Sumatra can possibly affect this region. Please keep yourself updated using the ASEAN Regional Haze Situation Center.