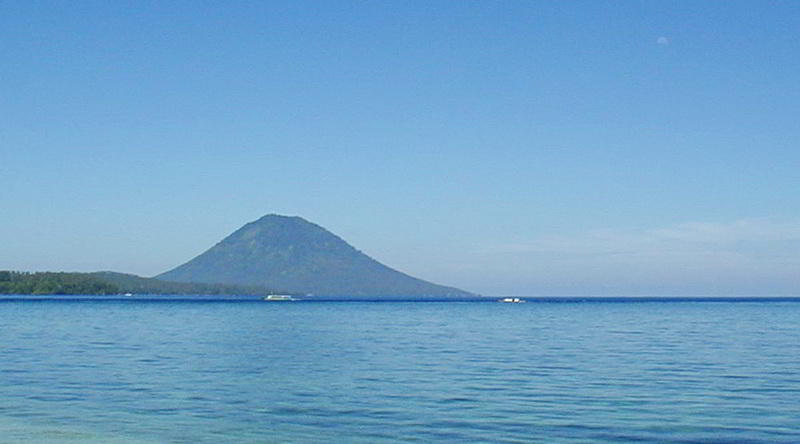 Manado TuaWelcome by your local guide at the Airport of Manado. Transfer to city hotel and check-in. Start a sightseeing tour of Manado in the early afternoon. The capital of the North Sulawesi Province was founded by Dotu Lolong Lasut back in 1623. It was known as "Wenang" at the time. The small hamlet fast transformed into a center of spice trade. The first Europeans were Portuguese, Spanish and Dutch merchants and missionaries. The Dutch East India Company build a fort in 1658 to secure their outpost. See a monument for the city founder and the two chinese temples. Ban Hin Kiong temple dates back to 1819. The oldest temple of eastern Indonesia is the venue for the colorful Toa Peh Kong festival, which is celebrated 15 days prior to the Chinese New Year. Drice on to a nice hilltop restarurant and enjoy the view over the city. Dinner at a restaurant in the city. Overnight in Manado.

Breakfast at the hotel. Later check-out and start of your trip to the Minahasa Highlands. On the way to Tomohon stop at Kali Waterfall. Follow the 200 steps down to the pool to enjoy the fresh air and pleasant temperatures in the valley. Next stop at Woloan, a center of Minhasa architecure. The wooden stilt houses were build by local craftsmen. After arriving in Tomohon visit the local "jungle market" to see and taste exotic dishes like grilled flying fox or rat kebab. Tomohon is known as the "City of Flowers" because of the mild climate and fertile soil due to the neighboring volcanoes. The roads are lined with market stalls overflowing with flowers. The city is also an important center of christian beliefs in Indonesia. Seemingly countless churches are build in and around the city. The christian University was build in 1965. Leave the city behind and drive southwards to Danau Linow. The small lake is a place of highly volcanic activity with highly sulphurous water. It changes color from a deep red to turquoise depending on the time of day and the sulphur level. The surrounding woods are home to many birds. Drive on to the next highlight. Eat the famous ikan mas at a lakeside restaurant. The local carp dish is served with fragrant rice and fresh vegetables.

Tomohon is located between the two volcanoes Mount Mahawu and Mount Lokon-Empung. You will get up in the night and go on a short trekking tour on Mount Mahawu. Start in Rurukan and walk up the slopes until you reach the summit. The crater is 180m wide and 140m deep. There are two pyroclastic cones on the northern flank. The last eruption of Mount Mahawu was back in 1977. From time to time there is enough water in the crater to form a small lake. Reach the crater rim in the early morning and enjoy the view of the sunrise. Brekfast back at the hotel. The day is at your leisure until you leave for a trip to Mount Lokon-Empung late in the afternoon. The twin volcano with a hight of 1,580m dominates the landscape of the tomohon region. The eruption in 2012 forced residents of the immediate surroundings to leave their homes. The Lokon-Empung had several active phases in recent years. See the sunset from the summit (depending on weather conditions). Later return to the hotel in Tomohon. 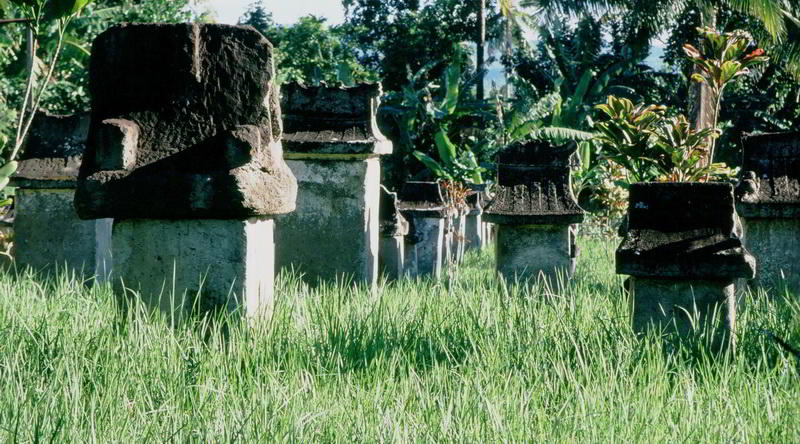 Waruga, North SulawesiLeave Tomohon after an early breakfast. On the way to Tangkoko Nature Reserve stop at Tonsea Lama village to the Japanese Caves. They were dug by Japanese soldiers during WWII to hide from the Allied forces. Move on to Sawangan to see a collection of waruga. The pre-Christian tombs are characteristic of this region. Corpses were buried in an upright postion inside the stone boxes. Many of the sarcophagi are decorated with figural motifs. Arrival at the Tangkoko Nature Reserve late in the afternoon. The conservation area at the foot of Mount Dua Saudara is home to many nocturnal animals. For example the tiny tasiers with its big eyes. You will also find black macaques, hornbills and maleo birds. The tarsius are endemic to Sulawesi and endangered by deforestation of tropical rainforests. During your stay near Tangkoko Nature Reserve you will stay in a local guesthouse.

Tarsius tarsierStart the day with a trekking tour to see the animals of the reserve foraging in the forest. Be on the look out for endemic birds, tarsiers and crested black macaque. Some times during the summer nights sea turtles bury their eggs at the secluded beaches of the sanctuary. Learn more about the endangered species of the nature reserve and their vanishing habitat. Native tribes use the jungle plants to build shelters, make fabrics and feed their people. Return to the losmen for breakfast later in the morning. Afterwards check-out and transfer to Manado.

SI-MDC-04 .././img/SUL/manadotua.jpg Miracles of Nature in North Sulawesi 5 On Request 665

Min. 2 Persons. Single traveller rates on request.
Please pay attention to the Travel Information provided.
When travelling islamic countries there can be interference during the month of Ramadan, other high holidays and fridays.
Volcanism: The Sunda Islands and the Sunda Archipelago are of volcanic orgin and show high volcanic activity. Accrodingly it may be possible that tours, routings and activities (especially those involving or near volcanoes) need to be altered in case of high activity or order by the government.
This tour is not soutable for people with reduced mobility. If you are unsure if you meet the requirements please contact us! We will try to find a solution for your individual needs.