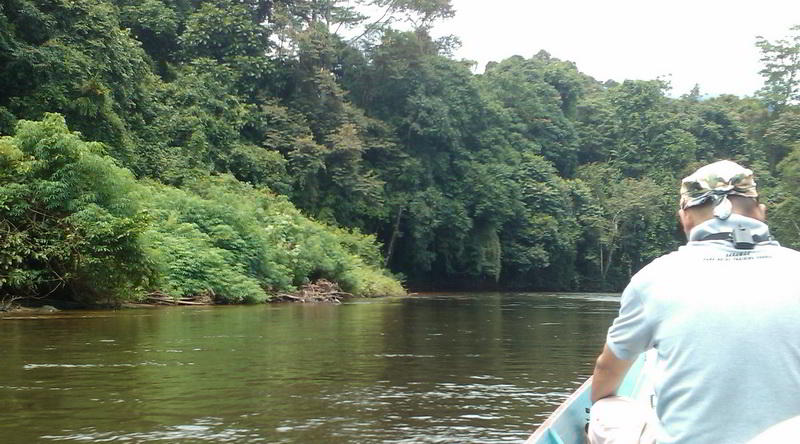 Boat trip in MuluUpon arrival at Mulu airport, meet your local guide. Proceed to the Mulu National Park Headquarters, right next to the airport. Registration and check-in at the headquarters. The rest of the afternoon is free at your own leisure. Optional, you can join the activities offers at the park or explore the trails near the HQ. Dinner and overnight at the headquarters. 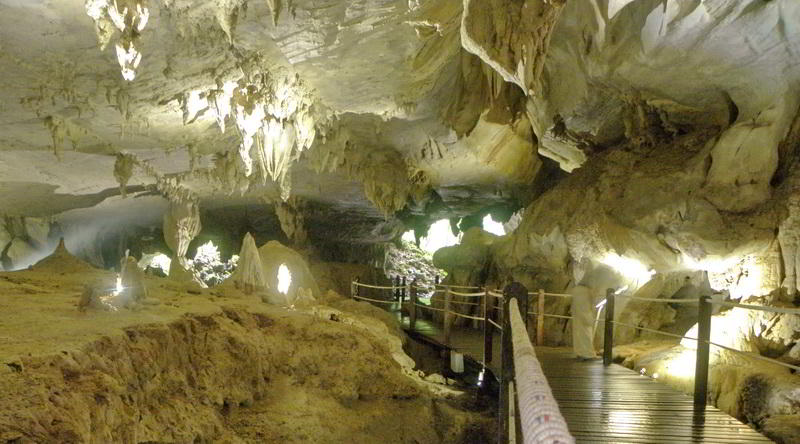 Lang's CaveBreakfast at the cafeteria. Take a longboat upstream to visit Wind Cave and Clearwater Cave. Both caves are linked by the same system. The Clearwater System is a tributary of the Melinau River. 75km of total 107km are explored. A walkway leads from the jetty to the first cave. See some interesting limestone formations along the way. While standing in the cave entrance, you will feel a strong draft that gave the cave its name. Then follow the curved trail to the King's Room. The stalactites and stalagmites in the big chamber are so numerous and beautiful, they are worthy of a king. Next up is the Clearwater Cave. The entrance is 30m high up in the cliff. You have to climb a steep staircase until you reach the entrance. The limestone walls are dotted with one-leaved plants (Monophyllaea). Walk down a winding trail until you reach the chamber of Clearwater River. A bridge even crosses the river. Beside the beautiful helictites you can also see photokarsts. These small needle like formations will point in the direction of the light due to alga growth. Return to the picnic tables for lunch. You can swim in the pool underneath if you want. The pool is feed by the Clearwater River and very cold. Take the longboat back to the headquarters. Lunch at the cafeteria. The walkway to the Show Caves starts right at the headquarters. It will take approximately 1hrs to reach Lang's Cave (3km). The small cave was discovered during an expedition in 1978 and named after the guide who found it. Beautiful stalactites and stalagmites can be seen in the small cave. A real highlight are the helectites, which look like slender corals. The cave trail is quite short. Afterwards, explore the neighboring Deer Cave. The entrance of Deer Cave is 175m wide and 120m high and possibly the biggest cave entrance of the world. The main chamber is 2,2km long and up to 220m high. The penetrating daylight allows you to see the enormous dimensions of the cave. Interesting stone formations can be seen. The cave is also home to millions of bats. The intense guano odor will follow you around while exploring the cave along the walkways. Part of the walls collapsed a long time ago and now allows for a view of the surrounding jungle. This part is known as Garden Eden. After exiting the cave, take a seat at the viewpoint and watch the bats leaving the cave at dusk. The animals leave the colony in large numbers to hunt for insects. They are so numerous, they look like black clouds. You will remember the sight and the whooshing sound of their wings for a long time. Walk back to the Headquarters and return to the resort by boat. Dinner and overnight at the headquarters.

Breakfast at the lodgings. The morning is free at leisure until the airport transfer.

Important information: All programmes and transfers by boat are on seat-in-coach base (group). You may be in a small group with other people.
Min. 2 Persons. Single traveller rates on request.
- What to bring:
Trekking Shoes
Rain / sun protection
Torchlight
Water bottle
Insect repellent
1st aid kit (no pharmacy)
Cash (RM, no ATM)
Please pay attention to the Travel Information provided.
When travelling islamic countries there can be interference during the month of Ramadan, other high holidays and fridays.
Volcanism: The Sunda Islands and the Sunda Archipelago are of volcanic orgin and show high volcanic activity. Accrodingly it may be possible that tours, routings and activities (especially those involving or near volcanoes) need to be altered in case of high activity or order by the government.
This tour is not soutable for people with reduced mobility. If you are unsure if you meet the requirements please contact us! We will try to find a solution for your individual needs.
During the dry season severe haze caused by wood fires in Borneo and Sumatra can possibly affect this region. Please keep yourself updated using the ASEAN Regional Haze Situation Center.